Why haven't Scott and Tessa been asked about the rumor?

I'm not touting this blog's horn, but after over two years the blog has become as much a part of the Scott/Tessa fan discussion matrix as any of the skating or Virtue/Moir fan discussion forums. I think the baby "rumor" has now made it onto twitter as often as the David Pelletier rumor did when that was flying.

The marriage and baby rumor has made it into mainstream discussion sites. It's part of the lexicon even as a joke. "Where are they hiding the baby"?

Most online fans, even super fans - especially super fans -  believe Scott and Tessa are platonic - at least that's what fans say publicly. And this doesn't stop some media from claiming that 'dreamers' and 'ubers' insist they're together. (Which is something that Scott and Tessa are making up - it doesn't happen - and that "dreamers and ubers say they're together" shit started before the blog. Dreamers and ubers are the ones most adamant about Scott and Tessa being platonic, and they write fan fic about it.)

The Pelletier story - existing purely on the internet - was finally, albeit obliquely, addressed and dismissed by Virtue Moir.

And 'journalists' continue to invent, so as to allow Virtue Moir to shoot down , "dating" rumors.

How come nobody has asked them about the silly rumor going around the internet that they have a secret baby?

Think about how non-offensive this is if it's a lie/rumor and not the truth. Two completely platonic figure skaters, dear friends, both with good senses of humor, both accustomed to fan fantasy/craziness, partners who made the promotional rounds months on end to discuss how platonic they are, are the targets of a rumor that they're married with a baby. Fans - and we all know fans - especially internet fans - are fantasists, bless them - have now cooked up a story that Scott and Tessa are, not dating, but "secretly" married with a kid. It's kicked around on twitter all the time.

I know that the usual people - Skate Canada, the usual entertainment and figure skating journalists - are aware.

There's nothing offensive in laughing off a rumor that you're married and have a child - if neither is true. It's funny.

"Ha ha, I don't know where we'd hide a baby - maybe in Tessa's luggage!" "I think when my brothers had babies people went overboard and wanted to include me, but nope. Someday though I hope!"

But they're never asked.

Yet they're asked about stuff that doesn't happen all the time. They're asked about fans insisting they're together when most fans insist they're not. They offer up that people think Carmen was too sexy when fans loved the shit out of that program because of the skating. There was a persistent Pelletier rumor, that went on about a year, but they waited less than a year before shooting it down in their elliptical Virtue Moir way.

Hell, they could wank it and say we have no "SECRET" baby as the baby is not a secret to anyone who can work their 6 degrees of separation down to a reliable source. That would be just semantics. They can further wank semantics and say they have no "baby" as their little one is no longer a baby.

They have the gall, for sure. Scott can pose with fake gfs in circumstances that a lot of people find extremely sad, considering his actual status, but if inside their bubble they find it heroic, what can you do. They obviously know all about child psychology as well as their child's future personality, and know this won't cause any harm at all. They could seriously throw down just by saying "We're not married" and "we didn't have a baby between Worlds 2010 and 4CCs 2011."

They love to deny shit. Why not this? Again, the actual rumor is just silly - if it weren't the truth. The David Pelletier one was worse - Tessa homewrecked Canadian sweethearts.

A couple of dear, close platonic buddies are rumored to be married and have a child? That's a piece of cake. Laugh it off on the record, Scott and Tessa. Stop exploiting gullible surrogates like Heather to do it for you.

Comment 9:09 pm in the post below this one has linked to Cassandra's profile (thanks) on "modelmayem.com", last activity "today" (a/k/a Tessa's birthday, May 17): 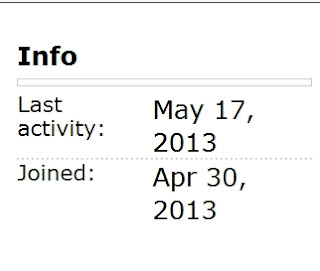 Kind of a later join date.

The second that fans got a look at Cassandra's social media stylings it didn't take a genius to see she harbors modeling dreams. The quasi professional, auto-tuned photos, the security blanket hair, several remarks in the comments indicating that her dream is to cash in on what she thinks are marketable looks.

There's a motive to act the fake girlfriend role. Notoriety is as good as celebrity. Even psycho Rebecca Martinson:

Cassandra is a cute, glamor model prospect in context.


"Scott Moir skates on frigid ice during the day but at home it's hot hot hot. Cass Hilborn and the Olympic medalist have been dating almost a year. While fans dream Scott and his cutie pie partner Tessa, are a couple, Cass laughs it off.  Tessa can glide with him across the ice, but Cass heats him up at home."


That's how it works. Cass, as the girlfriend, gets modeling jobs in which her credential is "girlfriend." This type of gig exploits the celebrity bf connection while stoking the ego of the subject by saying her sex appeal is a force in its own right. The girlfriend angle is what would set her apart from every other girl in a bar. Then she leverages that into being a personality.

However, is Scott going to green light Cassandra using his name as her label, as her angle, for modeling gigs? A published angle, a selling point in the headline, byline or caption?

Or, does Cassandra think that among those who find her photos via hunting for Scott stuff will be prospective employers or photographers who go "who's that girl?" and reach out with leads for her, no desire to use the Scott angle at all?

Just like Scott and Tessa aren't asked, in legit media, on the record, about the stories they're married parents, I question if Scott would allow his name to be linked to Cassandra's to help advance her glamor modeling ambitions.

Without Scott, she's got til about age 27 or so to be paid for being at someone's bar or club - social media type promotional gigs that a lot of local girls use post-school/pre-"real" career. She can get that stuff without him.

I know more about real modeling than glamor modeling, and with real modeling, and before a girl is hired, and despite how images are altered once a model has the job, clients and photographers want to know how the girl actually looks - what the raw material is. They don't go for the gauze and filter - that's amateur. "Glamor" modeling - a very flexible category - may be different.
Posted by oycanada at 7:37 PM 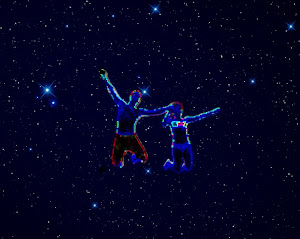 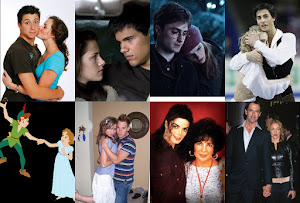 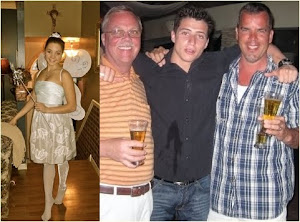